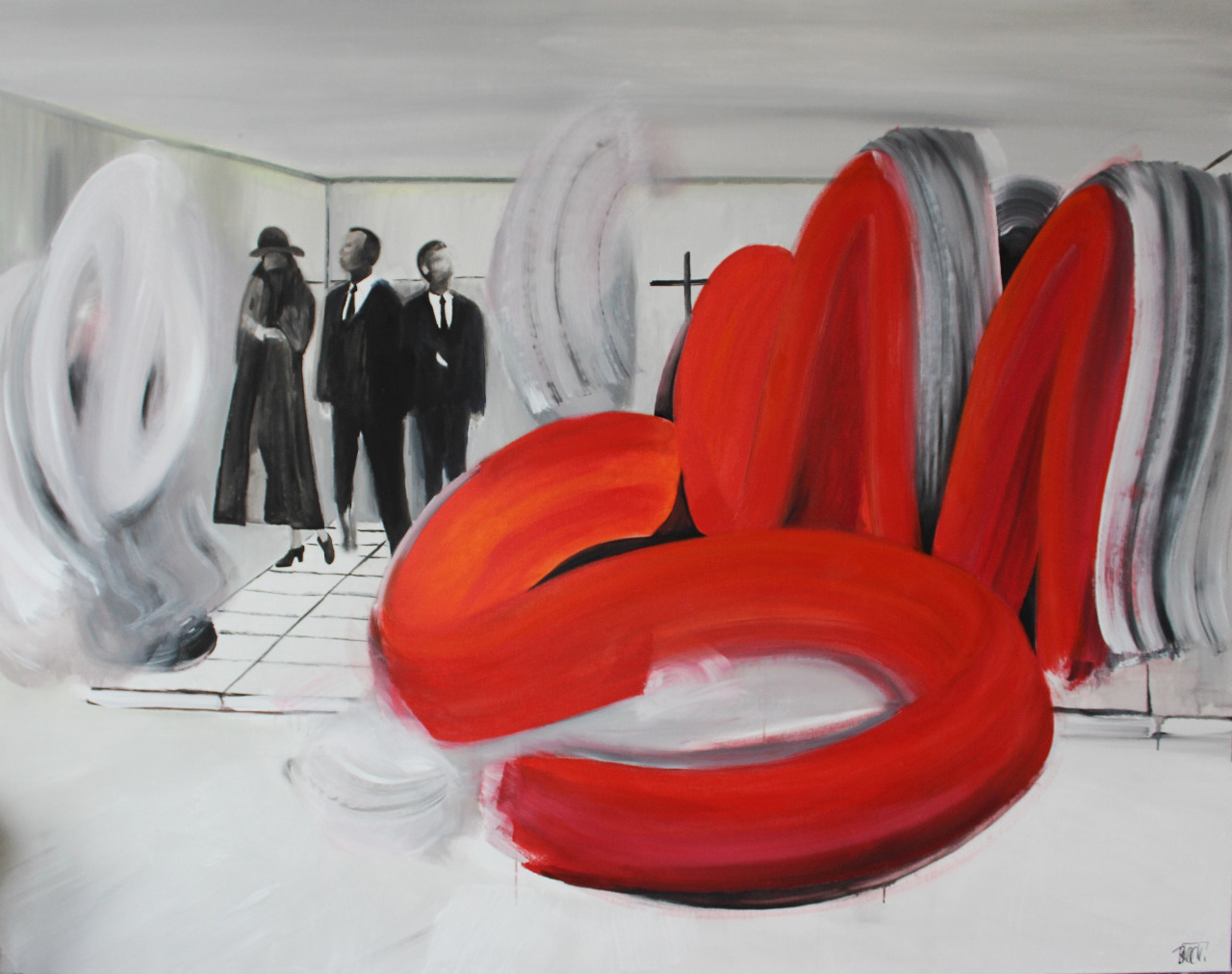 "If you look at the painterly works that Dominika Block has created in the last two years, there is a clear change in style, in the color palette and in the language of form, especially in the latest works: there is a real departure towards more brightness, clarity, softness and lightness. A visible, in its sweeping execution almost tangible turn to light and transparency, to flowing and merging elements. A new cycle has begun, a promising path has opened up, which the artist courageously and It leads into the future - symbolized by the constantly flowing, merging brushwork, which creates, for example, snake-like and elliptical line and shape compositions.

In Dominika Block's earlier works, the forms contrasted with powerful colors and dynamic angularity, almost competing with each other. Now the brighter and more relaxed surfaces in the latest pictures harmonize, increasingly dematerialize and enter into a symbiosis with the depicted environment. The viewer is presented with a fluid, magnetizing and even intoxicating spectra with which his gaze can merge and become one. With the art. The space for art. Exactly the same thing happens to the people depicted in the pictures, whose individuality is stripped away by the artist as figure staffage, stripped of their individualism. But in order to form a larger whole, a total work of art, so to speak, in their original strangeness and contradiction. ..." 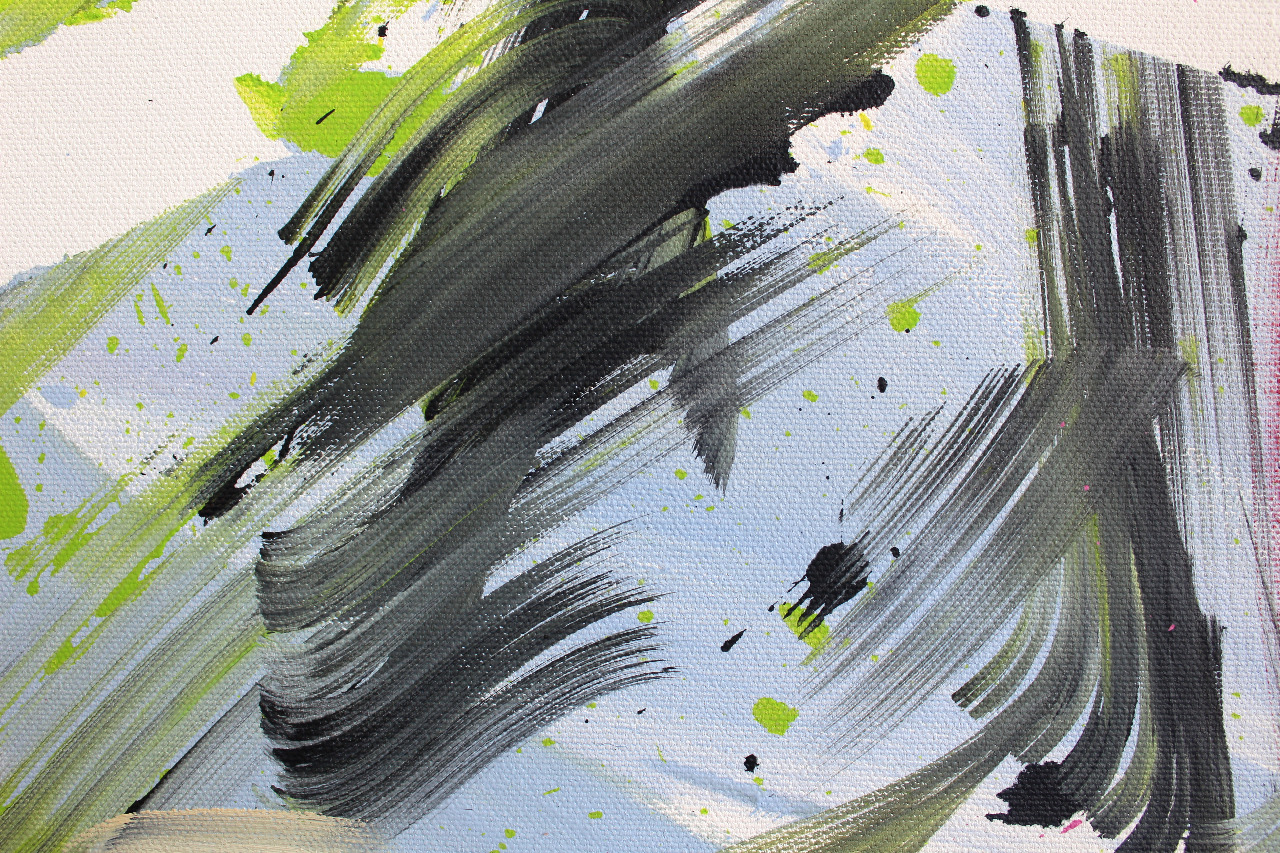